A capacitor is a passive electronic component which has the ability to store an electric charge.

The material between the plates is called the dielectric. The material used as the dielectric generally defines the names of the type of capacitor such as ceramic, plastic, paper or aluminium oxide (this type is, however, known as an electrolytic capacitor). The dielectric material has a significant impact on the properties and performance of a capacitor.

The capacitors sold by Compotech have a dielectric made of plastic film (polypropylene) with a thickness of 0.6 μm or else paper. This material is coated with a conductive layer of zinc and/or aluminium in a metallising process under vacuum. The metallised plastic or paper is rolled in a special process to the finished form and contacts are made for connection by means of additional zinc coating.

The most common applications for our capacitors are as follows:

Our capacitors are manufactured by ICAR in Italy. The company has a unique position in the industry since its production includes the entire supply chain from extrusion of the plastic film to metallising and finally production of the finished capacitor. 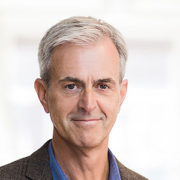