We work with both graphic and character modules based on several different technologies. In addition to the display elements we offer control and drive circuits for displays, touch panels and pushbuttons.

Modern displays are usually based on some type of liquid crystal, in which the crystals are actuated in a certain pixel by means of a voltage in order to affect how the light, which is backlit, passes and reaches the observer’s eyes. Displays based on liquid crystal are used in everything from small displays in digital watches to wide-screen TVs, although there is a significant difference in both technology and performance between different types of LCD displays. What they have in common is that LCD displays use light that is either produced behind the display element (backlit) or that is reflected in a layer behind the display.

With the OLED (Organic Light-Emitting Diode) display, the light is emitted directly in the pixel that is manipulated. There is therefore no need for any backlighting. There are numerous applications for OLED displays, but until recently they were considerably more expensive than LCD displays. This is, however, changing rapidly and the technology is now available in many consumer products as well as mobile phones and TV sets. 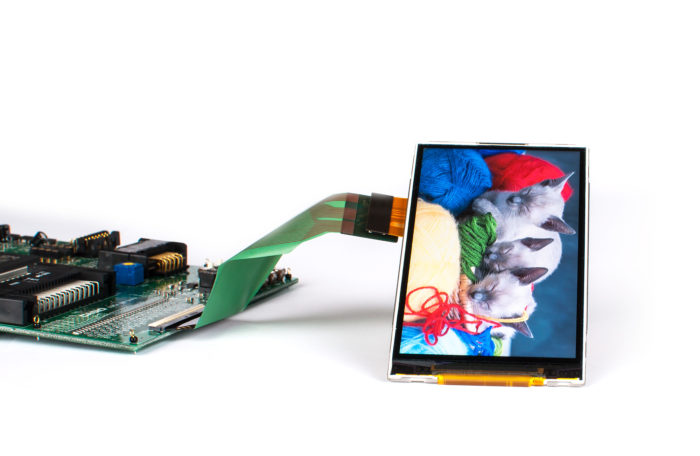 LCD screens are made up of liquid crystal molecules, hence the name “Liquid Crystal Display”. LCD technology is divided into the passive and active (TFT) subcategories.

Passive LCD screens are available as pure graphic displays and are based on a matrix in the X and Y axes, e.g. 320×240 pixels, or only character based with 1×8 up to 4×40 characters, 4 rows of 40 characters per row and each character consisting of 5×7 pixels. 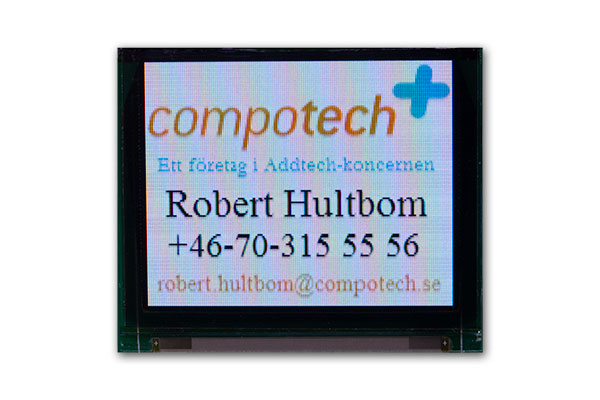 Organic Light-Emitting Diodes (OLED) are a flat-screen technology with parameters that surpass the characteristics of LCD screens. OLED displays emit light like LEDs and do not require backlighting. They are thin, lightweight, have free viewing angles and have bright colours and very rapid refresh rates when the picture changes.

Graphic OLEDs are available in sizes from 0.66” and in resolutions from 96×16 pixels. 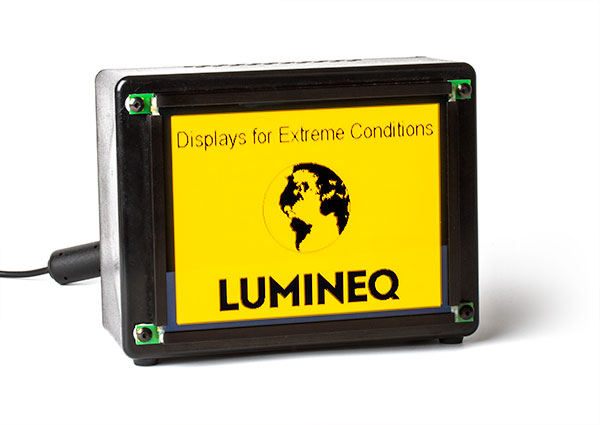 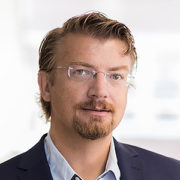