EMC and EDM filters are fitted around the supply cables. The cores then deal efficiently with the unwanted bearing currents and only let through the frequencies required.

Electrical Discharge Machining or EDM means riffles in metall. The root cause of EDM are high frequency currents.

The phenomenon appears above all on larger electric motors in the form of disturbances and bearing damage. The reason is that modern frequency converters have a very high switching frequency, which not only produces a pure sine wave but also many short-term voltage spikes. These spikes have such high energy that they punch through the motor bearings, each time causing a crater in the bearing raceway. In the end, these craters are so numerous that they cause vibrations in the bearings that must be replaced. This can happen already after a few months of operation.

An EMC (Electromagnetic Compatibility) problem occurs when a piece of electronic equipment or an electromagnetic system has an adverse effect on the operation of another system. The interference can either be conducted (150 KHz to 30 MHz) or airborne (30 MHz to 300 MHz). An example of this may the breakthrough of the high field strengths which are produced by a nearby radio transmitter.

EMC problems are not always due to shortcomings in the transmitter and therefore do not necessarily need improvements in the design of the radio transmitter, for example, in order to reduce the harmonics emitted. It may also be that the immunity of the equipment affected is poor due to inadequate screening or inadequate filtering of sensitive inputs. EMC problems can have a range of effects on equipment, and there are different ways of reducing or eliminating them in practice.

EMC filters are generally found in all electronic equipment which can emit radio waves or is which connected to the network, e.g. radio transmitters, computers and wind power installations. The design may vary from its simplest form as the small core fitted to the TV cable, to more sophisticated forms such as three-stage filters with capacitors and chokes in a screened enclosure for medical applications.

An EMC filter should be capable of damping both incoming and outgoing interference. Different environments such as military or medical environments impose different requirements in terms of efficiency. In order to meet the current EMC requirements for various products, Compotech supplies enclosed three-phase equipment designed for currents ranging from 0.5 A to 2500 A. 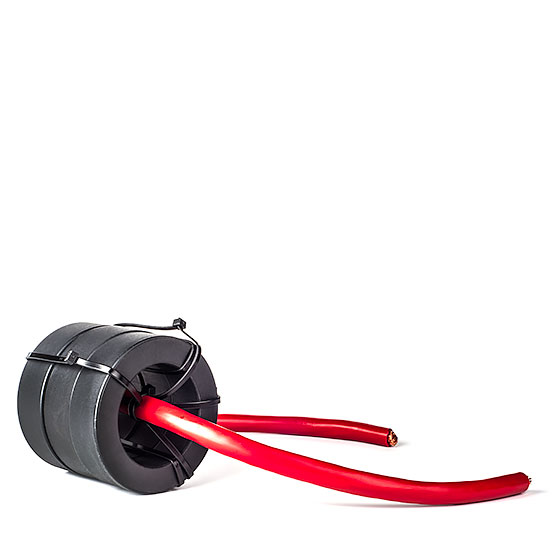 A special type of EMC problem arises when a frequency converter driving a fairly large electric motor generates high frequency interference which can cause bearing damage in the motor. In a short time, sometimes only a few months after installation, sparking from what are known as bearing currents causes surface damage in the bearing races. This can result in the extremely costly replacement of bearings.

Compotech can supply an EMC filter consisting of a number of strip-wound cores made from a suitable material. They are fitted around the supply cables. The cores then deal efficiently with the unwanted bearing currents and only let through the frequencies required to drive the motor. 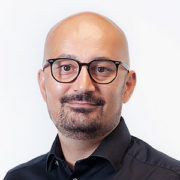