A choke is a coil of insulated wire, often wound around a magnetic core, which is used as a passive inductor that blocks high frequency alternating current (AC) in an electric circuit but passes signals with a lower frequency and direct current by having an impedance that is mainly determined by the reactance, which is proportional to the frequency.

It is a functional designation; the same inductor is often called a “choke” if it is used to block high frequencies, but “coil” or “inductor” if it forms part of a tuned circuit.

Typical applications for chokes are as inductive components in frequency filters. Chokes are used to suppress or limit radio interference. The lump found on monitor cables is a simple choke, for example. Chokes are also used to limit the current in fluorescent tubes. Without an inductor or other current limiting device the fluorescent tube would quickly break down.

Our chokes are based on different types of core material: nanocrystalline, amorphous, ferrite or iron powder. Our range extends from the smallest chip inductors and RFID coils to large air-wound coils for currents up to 1,000 A.
• Common mode chokes
• Smoothing chokes
• Chip inductors 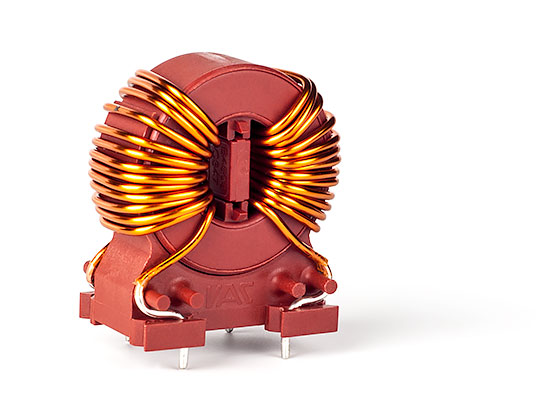 Common mode chokes consist of two coils which are wound on a core. They can be used to prevent electromagnetic interference (EMI) and radio frequency interference (RFI) from power supply lines and to prevent malfunctions in electronic equipment. 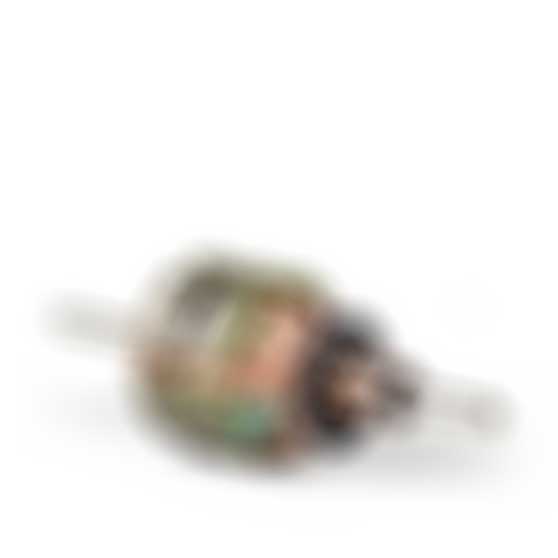 Smoothing chokes are mainly used to reduce the ripple voltage on the DC-side, along with a capacitor, in an LC filter. In a DC motor the smoothing choke protects the carbon from a current surge and sparking.

The design and development of a smoothing choke requires the following information: 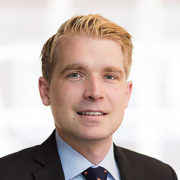