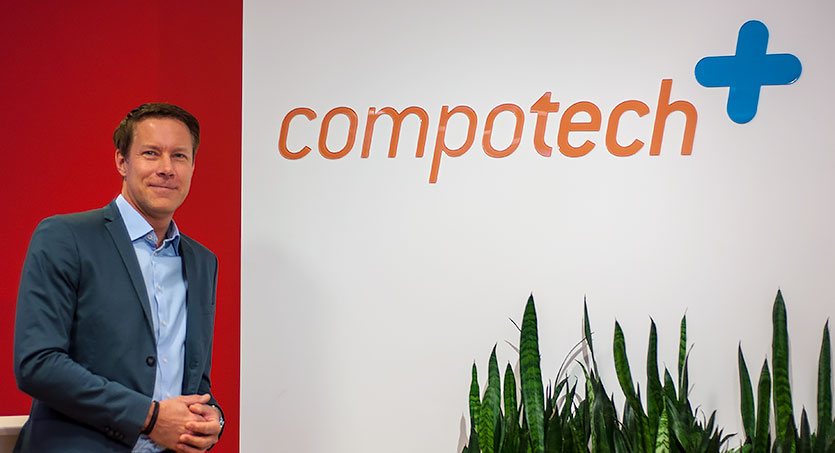 We welcome Michael Ullskog as our new CEO

After 16 years as CEO of Compotech Jan Eriksson has decided to hand over the reins to Michael Ullskog, recruited from the same position at our sister company RECAB.

We asked Jan about how he came to this decision and what his future holds.

– I’ve worked in this corporate group since 1984 and feel it’s time for a change, to bring new energy to Compotech’s leadership. I want to quit while I’m ahead and be able to be involved in selecting my successor. And this is not an announcement of my retirement, I will remain on the board of Compotech as well as continue to work with various projects for Compotech and other Addtech companies. All the while giving my full support to Michael while he gets the hang of his new position.

After 16 years as CEO, Jan can look back at how the business of technology trading has changed.

– There used to be much bigger volumes for components, but that changed with increased globalisation. We must constantly adapt and find new ways forward. We have done this by offering specialist expertise in customisation and system solutions, gaining our customers trust by creating added value for them. We also have a very low staff turnover and long-term relationships with both customers and suppliers.

Our new CEO, Michael Ullskog, has a solid background in the technology sector, working among others for Motorola and Data Respons Sweden, which he helped establish in 2000. 2008 he became Sales Director and co-owner of RECAB Embedded Computers AB, where he became CEO in 2014. The company specialises in embedded computers for demanding applications such as the defense, shipping and transport industries. RECAB became a part of Addtech two years ago.

When we began our recruitment process last summer, we quickly gained interest for Michael, who turned out to be ready for a new challenge.

Why did you choose to come to Compotech and how do you view your new position?

– I’v been impressed for a long time by how you operate through a combination of expertise, a positive organisational culture, and good profitability. Both I and Jan Eriksson are business-driven, we are not administrators at heart. And to do good business, you must develop a strong organisational culture. You already have the important parts in place, I can focus on developing and making good business. The idea is that we will become even clearer with our solutions offering and the added value we provide our customers. I’m not going into this position with a completely new vision, but I’m bringing with me some new ideas and will help develop the pulse at Compotech, says Michael Ullskog.

Read this press release on Mynewsdesk