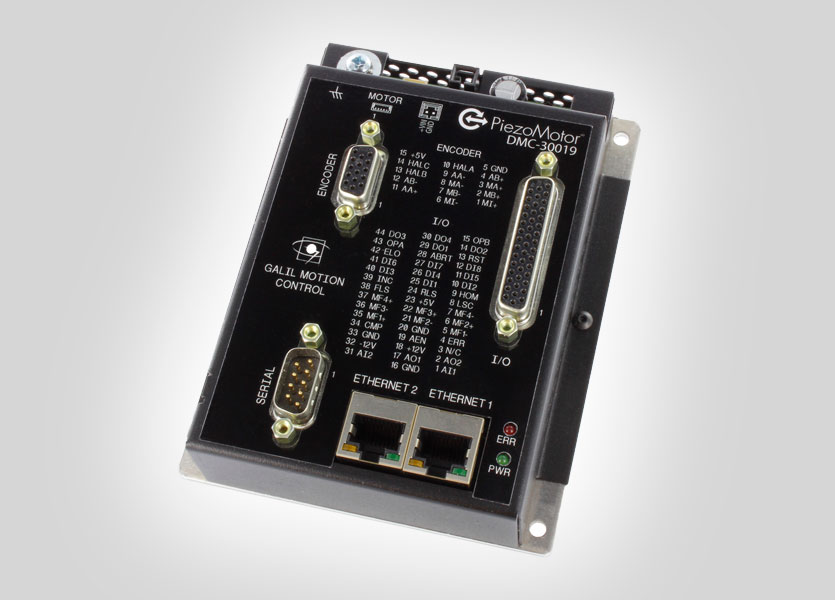 PiezoMotor launches controller based on technology from Galil Motion Control

Swedish motor manufacturer PiezoMotor just announced a complete controller/driver for use with their piezo electric motors in the Piezo LEGS® series. The unit, which has been named DMC-30019, is built on the DMC-3x01x Pocket Motion Controller Series, which is latest generation single-axis motion controller from Galil Motion Control.

The motion controller operates stand-alone or can be networked to a PC via Ethernet. Features include PID compensation with velocity and acceleration feed forward, program memory with multitasking for concurrent execution of four programs, and uncommitted optically isolated inputs and outputs for synchronizing motion with external events. Modes of motion include point-to-point positioning, jogging, contouring, PVT, electronic gearing and electronic cam.

We are very proud that PiezoMotor has chosen to cooperate with Compotech and Galil Motion Control.