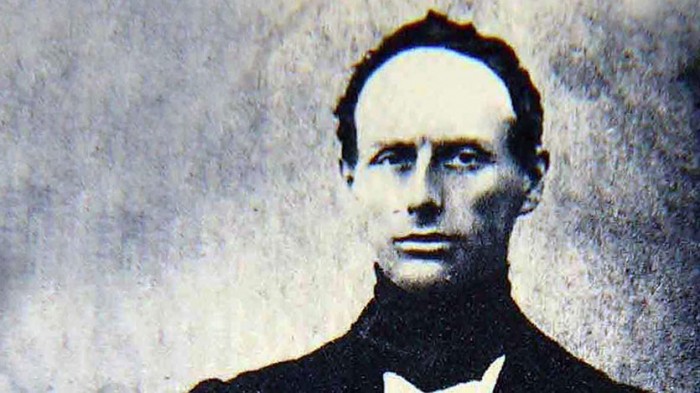 Fifty per cent. Pick a company at random and there is a high risk that much of their electricity consumption on lighting is wasted. Lamps are on even though nobody is there. The ‘last one out turns off the lights’ approach is a principle that has never worked anywhere.

But still. In order to count something as waste, there have to be solutions that can be implemented. And there are, thanks to an Austrian physicist who as early as 1842 described the phenomenon which today bears his name: the Doppler effect.
Christian Doppler was born into a family of stonemasons, but could not follow in his father’s footsteps because of his health problems. And it was fortunate that even at a young age he showed a natural inclination for mathematics. During his career as both a mathematician and physicist Doppler harboured a special fascination for the shifting lights of the starry sky. Specifically, why did all the stars not shine with a white light? In a thesis he put forward the hypothesis that it is because of a measurable change in the frequency of the light depending on whether the source is coming nearer or going further away. Today the hypothesis is an established theory and the knowledge is used in everything from astronomy to practical applications such as radar and ultrasonic equipment.

Many advantages with microwave sensors

But that is just a curious aside. How will the Doppler effect benefit us through light control so effectively that it even manages to go through many wall materials?

A type of passive sensor is often used to detect presence through the infrared radiation that we emit. These sensors are called PIR (passive infra red) and they work very well in confined areas such as offices. They do not detect through obstacles such as walls or the like nor do they always detect through smoke and dust. In those cases it is better to take advantage of the Doppler effect instead.
The types of sensors which measure microwaves are often called HF (high frequency) or radar sensors. They make use of the Doppler effect – which is extremely efficient at detection through non-metallic materials (plastic, glass, plaster, wood etc.) – and in smoky and dusty environments. These properties make HF sensors ideal for use when you want to control areas such as corridors and stairwells.

PIR and HF sensors are important components and are some of the technologies we use to customise smart lighting control systems. These sensors save their cost in next to no time. And it is easy to see how more should benefit from this. Each year we use 14 TWh of electricity to light Sweden. If all old lighting was replaced by modern lighting, we would save 4.2 TWh per year*.
Are you interested in using intelligent light control to minimise waste and to provide a more pleasant environment? Or do you wonder how you can use PIRs or the Doppler effect in a product you are developing? If you contact one of us at Compotech, we will help you to tackle your challenge.

Continue reading here if you are interested in smart lighting control.

The Electromagnetic Compatibility or EMC problems that affects everything tha…